Set off on a sightseeing day trip with a Friend in France guide to learn about the French Riviera’s rich history.

From Roman monuments to Belle Epoque palaces, see the Riviera’s history and heritage dating back centuries and even millennia.

The French Riviera is blessed by its location on the Mediterranean Sea, at the foot of the Southern Alps and just a stone's through from Italy. But also by its beautifully mild climate and its stunning natural beauty.

It's no wonder that man has been drawn to this land for thousands of years, adding history and culture to the long list of reasons to visit the Côte d'Azur.

Start the day at Terra Amata museum, one of the earliest discoveries of man-made human habitations and domestication of fire in Europe.

It's simply mind-blowing to realise that humans have been on the beaches of the French Riviera for as long as 400 000 years.

From prehistory we’ll travel through time, and around the port, to the site of an ancient Greek community on the beautiful Chateau hill.

The city created here by the Greeks was called Nikaia, which later became Nice, so this special place, loved by locals and visitors alike, is in fact the birthplace of Nice.

Leaving ancient Greece behind you, your guide will drive you along an ancient Roman road, Via Julia Augusta, better known as the Grande Corniche.

At 600m altitude, this picturesque road has been made world famous by films such as To Catch a Thief and several Bond movies. It's considered to be one of the most scenic roads in the world.

At the end of the clifftop road we’ll wow you with an impressive ancient Roman monument, as well as some spectacular bird’s eye views of Monaco.

Wander the pretty streets of this little village with a Friend in France guide to hear its history, see the sights and to find out why it's been inhabited for over 2000 years and now boasting two 5 star hotels and two Michelin starred restaurants.

For a taste of Belle Epoque elegance, Casino Square in Monte Carlo is pretty hard to beat. Your Friend in France guide will share Monaco’s history and royal stories as you drive through the Principality.

Why not, stop for a glass of wine or a coffee in our favourite people-watching spot on the terrace of Café de Paris?

There are no reviews for this property yet.

You'll love this tour if you...

Seasonal availability: All year round

Your holiday time is precious.

Our team of professional driver-guides is here to help you get the very best out of your sightseeing time on the French Riviera.

We believe that one size CANNOT fit all, so all of our itineraries can be adapted to your specific interests and pace.

We have a wealth of French Riviera knowledge at our fingertips and extensive on the ground experience which enables us to create and adjust daytrip itineraries to take you straight to the places you’ll love the most. No disappointment or time wasted.

Properties nearby Prehistory To Belle Epoque within 1 miles

Landmarks of The Riviera

at approximate 0.00 miles
Prices from 0
A Taste of Provence

at approximate 0.00 miles
Prices from 0
In The Footsteps of Artists

at approximate 0.00 miles
Prices from 0 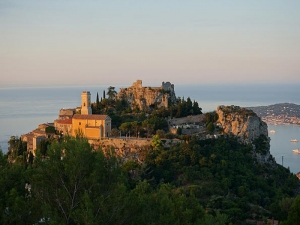 The EU office 24/24 H : +33619583272 (emergency line) or send SMS. You can email us also for give your detail account or order invoice number of booked by our services for quick informed (recommended).

Email : This email address is being protected from spambots. You need JavaScript enabled to view it.